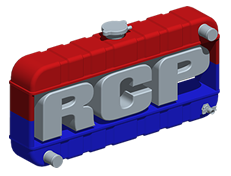 In 2006, David Richardson was named the 2006 Entrepreneur of the Year Award for Lawrence County in New Castle, Pennsylvania by the New Castle Rotary Club.

In 2007, Innovation Works awarded an Innovation Adoption Award for the design and construction of a 25 foot state-of-the-art wind tunnel to test the heat transfer performance of its products.

In 2008, Richardson Cooling Packages received the American Legion Small Employer of the Year Award for Pennsylvania. This award was for RCP’s exceptional record in the hiring and retention of military veterans.

In 2009, David Richardson was awarded the Youth Service Award from the New Castle Community YMCA for outstanding volunteer leadership in the renovation of the New Castle Youth Hockey Rink and an exceptional commitment to the youth of Lawrence County.

In 2011, RCP was named the 2011 Manufacturer of the Year in the 50-100 Employee category for Western Pennsylvania by the Pittsburgh Business Times.